View cart “Jonathan Monk, «Exhibit Model Four», 2019 Kindl, Berlin. Photographie: Jens Ziehe. A1 format poster printed in CMYK on blue back paper, 25 copies signed by the artist” has been added to your cart.

n°34 — An award: What is a most beautiful book? Author: Thierry Chancogne

It was during the century of Enlightenment that aesthetics became autonomous, that the Beautiful separated itself from the Good and the Useful, like a form of free access to meaning, to truth. And one might well ask if, beginning with the Industrial Revolution, design, from dessin to dessein, has not to some extent taken up the torch of the applied techniques of the former regime of the art of doing and making, and of beauty. What has become of the term “beautiful” as applied to typography, understood as the art of shaping books, since 1943 and the establishment of the “Most Beautiful Swiss Books” award under the influence of the famous Jan Tschichold?

The awards programme The Most Beautiful Swiss Books has been organised almost without interruption by the Swiss Federal Office of Culture since 1943. A book design award with such history, particularly in a book-making culture as rich as Switzerland’s, offers insightful perspectives on Graphic Design for publishing, the culture that commissions and values it, and the critical discourse that surrounds it.

Each year the awarded books are documented in a substantial catalogue, made by one of the graphic designers awarded in previous years. The inherently self-reflexive tendencies of such catalogues—books about books, Graphic Design in the context of Graphic Design—present stimulating yet rather fraught conditions for graphic designers to work in. Looking back over the catalogues produced during the last two decades, a conversation-through-practice is clearly legible. After a conceptually sophisticated catalogue or series (often designers have been commissioned for series of two or three catalogues) follows a simple visual document. After a modest, finely-crafted production comes something more lavish or experimental.

The 2004–2006 catalogues were conceived by Laurent Benner, a Swiss designer working in London, and designed with English designer Jonathan Hares. Laurent’s proposition for the 2004 catalogue was audacious. He contacted the printers of each of the 20 awarded books from that year and asked them to reprint a section of their book. These reprinted sections were then transported to a single Swiss bookbinder and bound, with some additional pages of front- and back-matter, to comprise the catalogue.

In 2006, the publisher Artimo entrusted Linda van Deursen and Armand Mevis with the editorial direction and the Graphic Design of their own monograph, Recollected Works. Joined by Paul Elliman in writing the texts, the two Graphic Designers responded with an approach similar to that which they adopt when they accompany other artists and photographers in the creation of books whose relevance has largely contributed to the studio’s reputation. Mevis and van Deursen propose to the reader to experience their work in operation, rather than simply contenting themselves with the reproduction of the work presented as artworks in themselves. Rather than the nostalgia for a more or less formalized organization of their previous projects, the two Graphic Designers look at their previous work as the material for an autonomous project from which this book will emerge.

Such a choice directly raises the question of the constitution and transmission of a culture inherent to Graphic Design, whether it isspecifically aimed at designers or else at a much wider audience. How to transmit the issues and points of quality of a discipline itself dedicated to transmission? One must above all recognize the capacity of this eminently visual field to confront appearances.

Our study of this work will obviously reference a corpus of monographs and publications made by Graphic Designers (Christophe Jacquet, Joost Grootens, M/M (Paris), Karel Martens, Experimental Jetset, Wolgang Weingart, etc.) while at the same time looking more widely at the forms currently adopted for the transmission of Graphic Design (exhibitions, conferences, etc.). Beyond the issues discussed and the questions raised by Recollected Works, it is a matter of both pulling on the thread of the work of Mevis and van Deursen (does a continuity exist between the editorial design of Why Mister, Why? for Geert van Kesteren or the Library Of The Museum Museum of Contemporary African Art for Meschac Gaba, and the identity of the Stedelijk Museum?) and questioning the pertinence of a discourse specific to Graphic Design.

In 1275, the kingdom of France ruled on the rights of stationarii (copyists) and librarii (librairies, the French for “bookshop”), newly emancipated from the yoke of the Church (Friedrich Karl von Savigny (author and publisher), Histoire du droit romain au moyen âge, Tome III, Charles Hingray, Paris, 1839 (1815), p. 415). The main question was and has always been, even before the invention of printing, the regulation of the circulation of writing, and the designation of those responsible for their inscription and distribution.

Robin Kinross identified the emergence of the modern figure of the typographer in the 17th century, with The doctrine of handy-works: applied to the art of printing by Joseph Moxon (Robin Kinross, Modern typography: An Essay in Critical History, Hyphen Press, London, 2004 (1992) pp. 15-16). But long before this, graphic artists, copyists, and typographers such as Geoffroy Tory and Henri Estienne the elder were both booksellers and publishers who gave much thought to their practice and the contents that they released into the public space.
It would seem that the time has come to reassess this ancient tradition, with more and more graphic artists and designers choosing to establish their own publishing houses in order to defend their editorial approach in both senses of the word—that of “editing” and the choice and organization of graphic material, but also in the sense of “publishing”, applying a certain ethic to the distribution and advertising of the contents.

This website uses cookies to improve your experience while you navigate through the website. Out of these, the cookies that are categorized as necessary are stored on your browser as they are essential for the working of basic functionalities of the website. We also use third-party cookies that help us analyze and understand how you use this website. These cookies will be stored in your browser only with your consent. You also have the option to opt-out of these cookies. But opting out of some of these cookies may affect your browsing experience.
Necessary Always Enabled
Necessary cookies are absolutely essential for the website to function properly. This category only includes cookies that ensures basic functionalities and security features of the website. These cookies do not store any personal information.
Non-necessary
Any cookies that may not be particularly necessary for the website to function and is used specifically to collect user personal data via analytics, ads, other embedded contents are termed as non-necessary cookies. It is mandatory to procure user consent prior to running these cookies on your website.
SAVE & ACCEPT
1
× 1 — cart 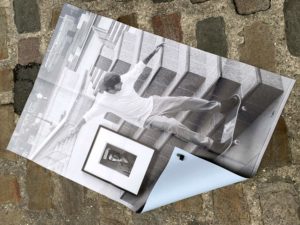